The Cause of Christ and the Call of Men, Part 1: What It Was

Part 1 of 3. Something within me refuses to be suppressed. It’s an indwelling principle that won’t be squelched by modern environmental shaping or societal expectations. It is not tame; it is wild. And this wild thing roars for release, like a captive lion raging against its iron-barred prison. It snarls against anything that would smother its longing for self-exertion in the freedom of open country. This thing animates me, compels me, pushes me forward. And this thing, in its purest, untainted form, is good and righteous. It is good because at creation God stamped it upon my heart. In fact, philosophically speaking, I believe this thing is so inherent to my being that it is impossible to separate it as something external to who I am essentially. It is a principle that is deep-seated because it is innately built-in by the Creator. God established it as one of the necessary marks of my humanity, as a man created in the divine image.

I know the following statement can be abused and taken to unhealthy extremes or at first glance just appear weird and enigmatic, but I’ll just go ahead and say it then explain later: God placed within me an abiding principle that results in a drive to subdue, to conquer, and to exercise dominion. It’s a drive given to every man that shows up in varying levels of intensity over his given sphere of life. In today’s world, this particular disposition can be ignored and perverted, but never annihilated. My contention is that by divine design this impulse is inherent to the makeup of masculine personhood. (Please bear with me. My present purposes are not to argue for this in an extended, systematic way, but I think by the time this three-part post is complete my categories and presuppositions will become clearer.) With that said, I think it would be good for Christian men to think about its original intent at creation (what it was), its corruption after the entrance of sin (what it became), and its implications for our lives after the miracle of conversion (what it could be). In this post we will just tackle briefly the first topic, what it was in its original intent.

The first divine order given to man, often called ‘the cultural mandate,’ implies the existence of this drive from the very beginning. Genesis 1:28 records, “God blessed them. And God said to them, “Be fruitful and multiply and fill the earth and subdue it and have dominion…over every living thing.” As they obeyed this command, God supplied the drive and the ability to fulfill it.

Yet all this language about subduing and conquering and dominion may still seem problematic or mysterious. So let’s flesh it out briefly. What is behind this command? It is a call, a divine assignment, a cause, undergirded by their identity as valuable persons created in the image of God. With an expanse of untamed earth before Adam and his wife, the call at the beginning of creation was to represent God. It was a call to act as His vice-regents, as kings and queens under the King of Kings, who would subdue the earth and bring it under explicit subjection to the ruler of the universe. This cultural mandate aims at the increasing display within the created order of this supreme ruler’s undisputed majesty and kingship, brought to pass through the instrument of his image-bearers. It is the call to fill the earth with God’s image and bring the entire created order under the lordship of this Creator God for his glory and renown.

While Eve (and all women by extension) plays an essential role in this calling, my purpose is to address men and where they fit in here. So where do we fit? There is a time and place to discuss this in further detail, but Adam, the man, was called to lead in this mission to subdue and conquer and exercise dominion. In the process of fulfilling this call is the continual prerogative upon the man to lead with courage, with vision, with creativity, with moral righteousness, and with love. (Note that this necessarily excludes domineering male chauvinism.) It is a call to lead in the lifelong mission to reflect and represent God and, by so doing, worship and glorify God. It is a call to proactively enter adventure and intentionally embark upon mission.  In this call, man is to be a loving leader, an inspiring visionary, and a righteous glory-bearer. Our fallen hearts may not feel this, but this really is a cause for which to live and about which to be very excited. And Adam was living full tilt for this cause with perfection. All of his sons and their sons’ sons, until the umpteenth generation, were on track to live this way, too. Until sin. Then everything exploded into anarchy.

We’ll talk about this in the second part of this short series, as we discuss what it became after the entrance of sin.

*Note 1: This 3-part series is inspired from meetings with several brothers in Christ, in which we discussed a chapter in Doug Wilson’s book “Future Men.” I felt splitting it up into 3 parts would be more palatable and thus more accessible to our Twitter-generation readers. =)

*Note 2: While many aspects of these posts apply to women, I’m primarily concerned with addressing men here. This is a call to men, so please understand that’s where my emphasis lies. But I do think sisters will also benefit from this, in helping them embrace the cause of Christ, encourage their brothers in the fight, and guard themselves against bad men.* 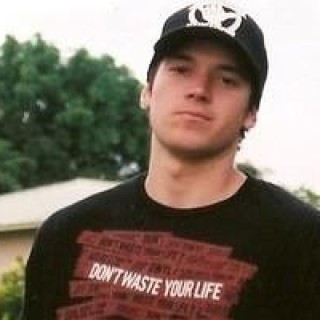